Tata Motors were one of the early pioneers in building a strong base for electric vehicles in India. Back in July’ 19, they launched the electric version of their sedan – Tigor. The Tigor EV is Tata’s first electric car and in a way, will provide direction for all the upcoming Electric Vehicles of Tata. Launched at a starting price of 9,54,175 (ex-showroom in Delhi, above 10 lakhs in other parts of India), Tata Motors has ensured that even the common mass will be able to afford it.

The Tigor EV utilises a 72V 3 phase AC induction motor. The ARAI claimed the range of the Tigor EV is 213km. It’s battery supports fast-charging and is capable of charging from 0-80 percent in about two hours. However, it takes about 11.5 hours to fully charge the battery.

The Tigor EV is not a feature-rich and it is quite understandable given the price it has been launched at. We need to understand that a significant amount is spent towards battery pack in Electric vehicles and Tata has done a brilliant job in squeezing the price to what it is.

Tigor’s range of 213 km/ full charge is good for day to day city use but is not a vehicle for long range driving owing to the lack of EV charging infrastructure at present.

That said, some of the features of the sedan are listed below:

and other essential features that can make the Tigor EV a default choice for every household.

The Tata Tigor EV has been launched in three variants: XE+, XM+, and XT+

Also read: TATA Power announced to setup 500 EV Charging stations in India by the end of 2020 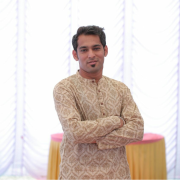 What is the cost of setting up an EV charging station in India?

Will Electric Vehicles be cheaper in the near future?

The Sale & Registration of EVs without Batteries has been Permitted
Ola Electric is Making Favourable Accomplishments
Mahindra’s Merger with Israel's REE Automotive
Okinawa plans to add 150+ dealers to its network this year
TATA AutoComp Systems under the MoU signed with Tellus Power Green will install Electric Vehicle cha...
Startups based in India committed to going green through the development of efficient, and affordabl...
Indian Oil in partnership with SUN Mobility to install Battery-swapping stations for Electric vehicl...
Volkswagen’s Germany based unit is one of Europe’s largest Electric Vehicle manufacturing plants....
Pakistan aims to turn at least 30% of vehicles running on roads into electric vehicles by 2030.
McDonald’s to install nearly a hundred EV charging ports across its outlets in the UK