Electric Vehicle Revolution - Is India Ready? or Not? - EV Duniya
1

Is India ready for the Electric Vehicle Revolution

In this article we will understand the current EV scenario, stakeholders involved, government initiatives and what needs to be done for the readiness of the much talked about Electric Vehicle Revolution.

Electric vehicles (EVs) are transforming the world of transportation. Over the last five years, the global EV market has grown at a rate of 43 percent each year on average, with a penetration rate of 2.6 percent in 2019.

Many COVID-19 recovery plans, including those in China, Germany, France, and Canada, as well as the recently proposed plan in the United States, place a strong emphasis on electric vehicles. According to Deloitte, annual new EV sales will exceed 30 million by 2030.

India currently trails other important markets like as China, Europe, and the United States. In 2019, the worldwide EV stock reached 7.2 million units, with China accounting for 47%, Europe for 25%, and the United States for 21%. Only 600,000 vehicles were sold throughout the remainder of the world, with only 170,000 sold in India.

EVs, on the other hand, are a hot topic in India. Road transportation electrification provides a variety of uses. It’s a green industrial approach that helps the economy recover after a pandemic. Its goal is to cut oil imports while while bolstering energy security.

It’s also crucial for lowering pollution and combating climate change. It is a key component of global net-zero objectives and a significant carbon emission reduction measure, second only to the greening of power sectors.

While electric vehicles accounted for less than 0.5 percent of Indian car sales in 2019, stock levels are not a good sign of the country’s readiness or willingness.

In 2017–2018, India sold 69,000 units and 143,000 units in 2018–2019. This suggests a rapid rate of growth, which is anticipated to accelerate in the next years. Two-wheelers accounted for nearly 97.5 percent of all electric vehicles sold in India, indicating a particularly robust market in the two- and three-wheeler segment.

Since the outbreak, the central government and state governments have implemented a number of positive ev policies. The government, for example, has subsidised the deployment of e-buses and charging stations on a national level.

Delhi also announced a progressive electric vehicle strategy in 2020, which includes purchasing incentives based on battery range and category.These initiatives are promising, but they require more streamlining and cooperation between central government, state government, and local (municipal) government policy.

The government cannot rely exclusively on subsidies to promote EV adoption and India’s role as a value chain member; it will also need to attract more private investment to the country. The good news is that investor interest is showing signs of improvement.

Tesla announced the establishment of a factory in Karnataka, southwest India, just last year, and venture capitalists are set to invest more than USD 300 million in electric vehicle startups across the country.

However, this pales in contrast to global EV investment.

Before the pandemic, automakers had planned to invest at least USD 300 billion in electric vehicles over the next 5 to 10 years. More over half of the money was earmarked for operations in China, with the rest split between Germany, the United States, South Korea, Japan, and France.

India must develop the appropriate policy framework and incentives in order to become a significant EV investment destination.

With the government’s FAME (Faster Adoption and Manufacturing of Electric Vehicles) programme, it has begun to do so. The programme, which began in 2015, was designed to encourage EV usage as well as encourage manufacturers to create EVs in India.

The government allocated USD 130 million in subsidies to support the purchase of electric two-wheelers and three-wheelers, as well as hybrid and electric automobiles and buses, in the first phase of FAME. In terms of sales, the first phase was largely seen as a success.

The second phase of FAME saw a significant increase in EV subsidies to USD 1.4 billion, with around 85% of that going to purchase subsidies and 10% to charging infrastructure. It began in 2019 and was supposed to last until 2022.

Accelerating local manufacturing was once again a key component of this phase. However, two years later, the outcomes are not as expected. Only around 10% of the EV adoption objective for Phase 2 had been met by early 2021.

This is due to a slower evolution of the domestic component manufacturing market and regulatory requirements for fiscal incentives that keep EV costs too high, according to the Society of Manufacturers of Electric Vehicles. In addition, the absence of accessible funding and an uncertain medium-term regulatory environment continue to hinder private investment.

As a result, India’s electric vehicle revolution is still in its early stages, and policy emphasis have shifted to deployment and investment above local manufacturing needs. In addition, the government has developed a production-linked incentive programme to encourage companies to start producing electric vehicle batteries in India.

To alter the regulatory environment in a way that enables such deployment and value chain investment, an updated examination of investor, trade, and skill gap barriers is required. This could also be the ideal time to begin policy coordination and design for end-of-life EVs, particularly in terms of urban mining and EV battery reuse and recycling.

India has the potential to be a leader in EV battery recycling.

India is likewise unprepared for end-of-life electric vehicles. To be honest, just a few of the top players are.

E-waste accounts for over 70% of hazardous garbage in landfills throughout the world.

In 2019, only 94,000 metric tonnes of lithium-ion batteries (LIBs) were recycled worldwide, the majority of which came from portable consumer gadgets.

EV batteries, on the other hand, will begin to flood the end-of-life battery market in the next decade.

According to the World Economic Forum, in order to recycle half of those EV batteries by 2030, recycling capacity will need to increase by a factor of 25.

The EV battery recycling sector, on the other hand, is now suffering from a variety of issues, ranging from profitability due to relatively low primary raw material costs to changing chemical compositions of EV batteries and inefficiencies in the recycling process.

While China has explicit criteria for removing, draining, dismantling, and storing used EV lithium-ion batteries, the United States, Europe, and Japan are still grappling with a regulatory framework that would allow for economic recycling.

The number of patents in the field of EV battery recycling has risen considerably in the previous decade, indicating the potential for innovation.

India can overcome several EV battery recycling barriers with the correct incentives and policy framework, and become a major participant within the next decade.

India, like China, has a large EV growth market and, as a result, will be able to rely on a steady supply of end-of-life batteries in the future.

India, unlike China, lacks global supply networks for primary materials like lithium and cobalt, necessitating urban mining and recycling in order for the country to become a large-scale EV battery manufacturer.

The earliest steps of EV LIB recycling are also only partially automated, necessitating a significant amount of physical labour.

India may have a comparative advantage over other key participants in this area, as well, because it has a huge population and lower labour costs than Western countries.

The Government of India has its work cut out for it.

However, the effectiveness of circular economy initiatives cannot be assured. China spent a decade to create its regulatory framework in order to become the market leader in LIB recycling.

From improving battery collection, transport, and storage regulations to coordinating battery-handling training programmes, India’s government has a lot of work ahead of it—from crafting labelling and traceability requirements to clarifying contractual and ownership models, and from improving extended producer responsibility to facilitating clustering and joint ventures that can drive efficiencies and cost reductions.

Recently, union Transport Minister Shri. Nitin Gadkari said that ‘the cost of an electric vehicle in the country will be at par with its petrol counterpart in the next two years with the government providing production linked incentives (PLI) as well as installing EV charging points across fuel stations and major highways’.

He further informed the government is ensuring that the EV charging stations get their electricity from renewable sources. “There is no benefit in producing coal based electricity. Our attention is now on renewable sources such as solar, tidal, wind energy and biomass. Domestic EV charging can be fulfilled through rooftop solar system,” he said.

It is undeniable that electric vehicles will alter global road transportation, with India serving as a massive deployment market.

India should strive to become a manufacturing centre that can contribute to both EV value chains and battery recycling, which is both rational and important.

To do so, the government must first identify and address hurdles, then alter its legislative and institutional frameworks to accommodate those barriers and attract more private investment.

What needs to be for the Electric Vehicle Revolution in India

The electric vehicle revolution we say or discuss is not going to happen a fortnight or say in a year.

Following 5 points we feel the government should do in order to promote the faster adoption of electric vehicles in India:

Comment your views on the topic – Is India ready for the Electric Vehicle Revolution. We would be glad to hear your opinions on the same. 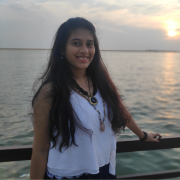 Aishwarya Pawar
A Mechanical Post Graduate, she has 2+ years of corporate experience. She is passionate about EV and it's upcoming trends. She contribute articles related to EV India.

Top EV companies to watch out for in India